My journey from high school, college, married life and post-three kids…and how I finally found food freedom. How I’ve found that real food affects every aspect of my life.

Oh man, this is a post I REALLY didn’t want to write. I don’t like talking about this stuff…to anyone…ever. But here I am, putting it in writing on the internet for the whole world to see. Yikes.

I ONLY share this because I want to be transparent, accountable, and honest. If one person resonates with me, or is helped by this in any small way, then I’m happy and I’ve done my job!

When I talk about my weight, it’s always in reference to different times in my life. High school, college, wedding, pre-kids, post-partum, between pregnancies, nursing, etc. The scale has fluctuated close to 100 POUNDS between all of those seasons. That is insane for me to put in writing, but it’s the truth. There was probably close to a 100 pound difference between my lowest high school weight and my highest weight while I was pregnant with my kids. And then I’ve literally been EVERYWHERE in between in the 15 years that I’ve been an adult.

My weight has never been consistent. I’d try a diet, do well for a while, lose 20ish pounds, but then stop that diet and eventually just gain it back, and sometimes more than that 20 pounds too. I wasn’t happy with it, but it didn’t consume me either. There were way too many things to be worried or excited about in life. I didn’t really like my body, but it wasn’t the focus.

After lots of contemplating over this “journey” I’ve been on, I realize one common thread. I have struggled with weight the most when I stopped making the time. That might not seem revolutionary to you, but it’s what helped connect all of the “heavier” times for me. I gained weight when…

But for a little while, I was forced to make the time.

I had gestational diabetes – three times

I had gestational diabetes with all three of my pregnancies. It was terrible. People who haven’t had GD don’t realize how consuming it is. For the first time in my life, I had to make calculated food choices. If I just had to make them for myself, I would eventually go back to “lazy eating”. But for the first time, what I put in my body directly affected someone else. My child. I worked SO HARD at controlling all of my food choices with my pregnancies – it was like a full time job.

The research says that if you have gestational diabetes three times…there’s a pretty good chance you might get “actual” diabetes down the road.

Actual diabetes. That scares me. I know there are worse things to deal with, but if it’s in my power AT ALL, then I’ve decided to work on reducing my risk of getting diabetes as much as I possibly can.

What I felt when I was on whole foods

Like I said, when I had gestational diabetes I was forced to make the time. It became a real job for me. Since it was not just about me…I made the time. It was about my little baby. I did a LOT of research on a whole food diet for gestational diabetes. When I followed a whole food approach, I felt so good. SO good! Besides being super pregnant – ha – I felt less bloated. I felt like I had less brain fog. I had great energy! I vowed when I was pregnant with my third child that this was going to be a lifelong way of eating for me. It made all the difference!

The other crazy thing – when I was eating whole foods, my allergies and asthma were almost non-existent! I have had asthma since I was a little kid, and for the first time, I felt great even through the winter (the hardest season for my asthma). My skin was also so much clearer than it had ever been – such a nice added bonus. And my anxiety is way easier to manage when I’m not eating refined sugars too!

Now that my third is 9 months old, I feel like we’re coming out of the newborn craziness, and I look around at my kids and I realize something.

THIS ISN’T ABOUT ME. I mean, of course it is. It’s my body. But for real, I have three kids (and a husband) to live for. We have a life together that’s so important to be present for. I want to be a mom who demonstrates healthy eating, has good energy levels, and also doesn’t make it my life. I want food to be something that helps me live my life, but not what consumes my thoughts.

So – what about the weight?

OK – what I want to stress about here is that it’s NOT ABOUT THE WEIGHT. I am repeating that to myself every day. It’s hard to get the focus off of the scale, but it’s very important to do.

I told my husband that I wanted to be “healthy on the inside”. Seriously. The diabetes scares me. The asthma limits me. Did I mention I have had high cholesterol since I was a teenager? Even at my lowest weight? Fun times.

I went into my pregnancy with my third at a much higher weight than I’d like to admit. I gained just about 25 pounds during that pregnancy, which was great. And now that she’s 9 months old, I’m actually down 15 pounds from my PRE-pregnancy weight, which feels amazing. I’d honestly love to lose 15 more pounds, but since I’m nursing, I’m taking it slow and realizing I have time. I’m not planning on getting pregnant ever again – haha…so I honestly have time to do this!

I haven’t been able to work out much at all the past 9 months, so this is all dietary. Now that it’s finally nice outside, we’re getting out for family walks whenever possible! But food is KEY. I’ll have time to exercise eventually, but I’m doing whatever I can in the kitchen right now.

This is (loosely) what it looks like for me:

The other big thing? Being OK with having dessert sometimes. When my kids want me to eat something with them, I don’t want to hear them say “Oh, Mommy can’t eat that.” Food shouldn’t be “good” or “bad”.

I am trying SO hard to find this balance, and I want to model that for my kids, especially my girls. I want to teach them that healthy foods make us feel great, and that it’s okay to have brownies that we bake in the kitchen together. I want them to use food to make their bodies feel strong & capable.

That’s what this blog is about. Adding in healthy, nourishing foods to our family’s everyday lives, and using that food as fuel to live a full life.

Thank you so much for being here, reading this BOOK of a post, and for going on this journey with me. It’s truly a lifelong journey, and I’m happy to do this alongside friends like you.

Please follow my food journey on Instagram too – we’ve already built up an AMAZING community and I’m so proud of the discussions we’re having over there!

…and get my weekly meal plan for a family of 5 trying to eat healthier dinners every week in your inbox…sign up below! You’ll also get my free ebook on how I get my kids to eat more veggies 😉

Want your kids to eat vegetables?

Learn how to get your kids to eat vegetables with these SIMPLE tips that anyone can do – download your FREE ebook today by signing up below!

THANK YOU for being here!

This site uses Akismet to reduce spam. Learn how your comment data is processed.

Real food, for real families.  We believe that eating healthy as a family is critical for all of us, from age 0 to 100+.  But we also believe it doesn’t have to break the bank or take up all of your time.  We’re committed to sharing healthy recipes on a realistic budget that ANYONE can make.  No weird ingredients, no recipes that will keep you in your kitchen all day, and no unrealistic expectations. 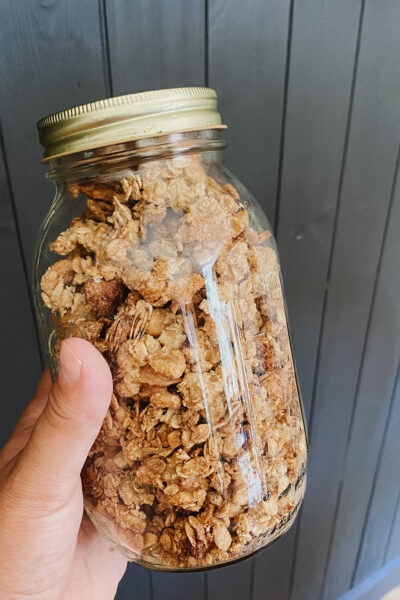 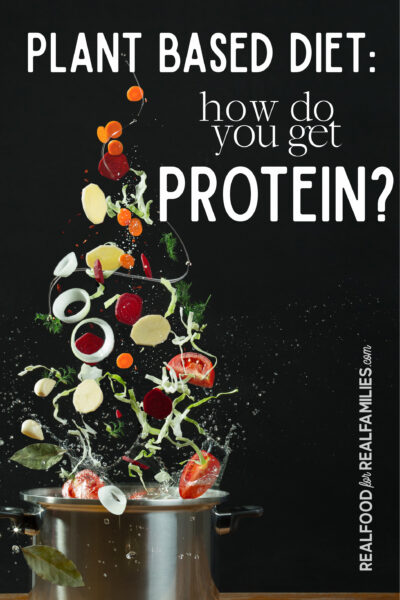 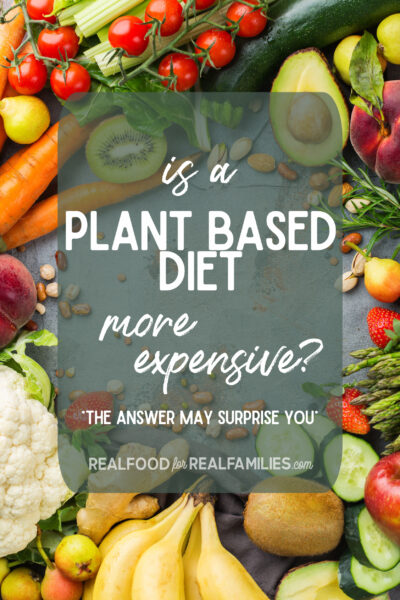 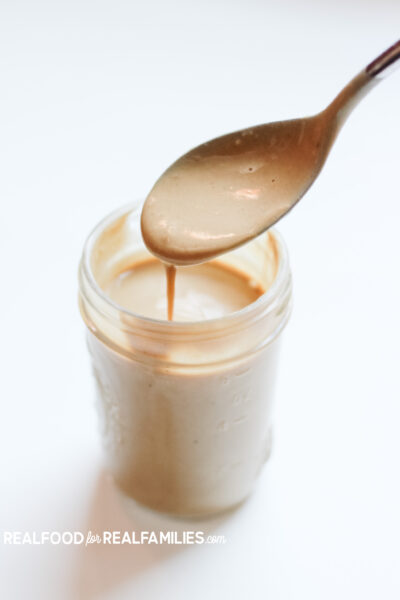 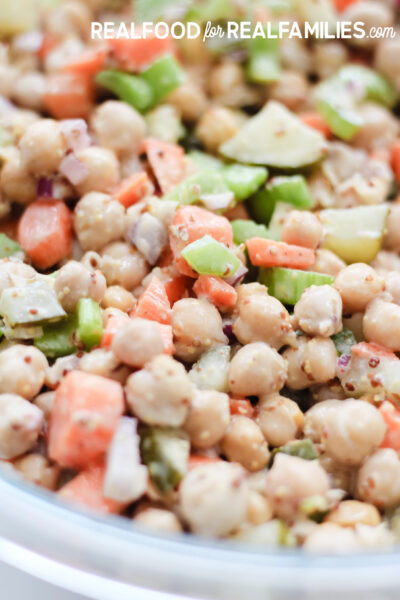